What Can I Eat If I Go Vegan?

As a vegan I always get the question of ‘what do you eat?’ Well the answer is… food! Whether you are a health-conscious vegan, a junk food vegan or somewhere in between, whether you order in or cook at home – you can do it all vegan. With MyVegan promotional codes at your fingertips and handy vegan recipes for free online, there is plenty of vegan food on offer and it doesn’t have to be bland, boring or tasteless. No, vegans don’t just eat grass! Check out our list below of the various vegan foods you can enjoy if you go vegan.

There are many every foods which are vegan, and you likely have been eating quite a lot of vegan food already without realising it! Regular foods that are vegan include: bread, rice, fruit, vegetables, pasta, chips, crisps, beans, hummus and nuts. Some snack foods and readymade food is also vegan (such as crisps, gravy granules, wraps and sandwiches) and these can be found in supermarkets and local shops all over the UK. Often international dishes also have vegan dishes such as some Indian curries, chinese stir fry’s and thai dishes so keep an eye out for these also.

Many amazing animal free alternatives also exist, such as: tofu and seitan (to replace meat textures/flavours), meat free meat alternatives such as Richmond vegan sausages, Linda McCartney Pies and the Incredible Burger. Dairy free milk such as oat, almond, soy, rice, cashew and hazelnut are also readily available from supermarkets in both the fresh and long-life milk section. There are many direct alternatives to specific brands also such as the recent vegan Galaxy chocolate bar, vegan magnum and vegan fish fingers.

There are plenty of meals that are vegan already such as stews, curries and pasta dishes, and there are a variety that can be made vegan easily such as pasta. If you have a favourite dish such as the classic British pie or fish and chips, then just change the burger for a vegan burger or the fish for tofish (a vegan alternative made from tofu). As for eating out, with veganism booming there are more calls for vegan food on the menu, with vegan food orders at Deliveroo shooting up 163% between 2020 and 2021! As a result of this increase, more brands and restaurants than ever have taken on the vegan market with vegan meals of their own and even vegan menus. Thanks to movements such as Veganuary, pubs and restaurants such as Pizza Hut, Wagamamas, Sizzlers and even KFC and McDonalds now have substantial vegan dishes!

Whether you are a chocoholic or just have the occasional sweet-tooth, being vegan doesn’t have to mean missing out. There are a variety of sweet vegan treats which you can pick up at supermarkets such as Tesco, Morrisons and Sainsburys, particularly when you shop online. Enjoy tasty treats such as vegan ice cream, free from chocolate and even vegan chocolate cupcakes. 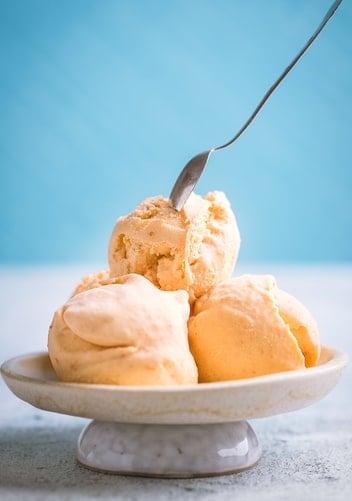 Looking for a quick vegan snack on the go? No problem. You can often pick up vegan snacks and lunches on the go from places such as Boots and Sainsburys Local. Some snacks are already vegan of course such as crisps, and in the food to go aisles there are often hidden vegan items such as sausage rolls and salads. 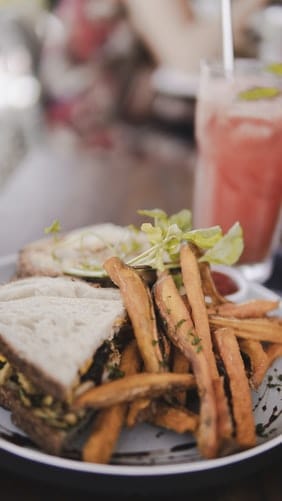 Many brands now specifically offer vegan food for kids, including tasty and healthy lunchbox staples. Fruit bars and vegetable crisps are great healthy snacks for kids lunchboxes and as a tasty treat, and many of these are already vegan. As for sandwich fillings, brands such as Cheatin’ offer ham slices, and Violife offer cheese slices. Spreads such as peanut butter, jam, marmite and hummus are already vegan.

Christmas, Birthdays and other special occasions can be difficult to cater for when you have people who have different diets. But with 20% of Brits having a vegan Christmas in 2020, there is now an abundance of vegan food on offer not just for every day but for the special feasts too! Enjoy special vegan treats for various occasions such as vegan Easter eggs, Christmas puddings, nut roasts and birthday cakes. These can be found in most supermarkets, as well as luxury chocolatiers such as Hotel Chocolat.