Even if you’re not a vegetarian and have no plans on becoming one, the chances are your attitude towards eating meat might be due a re-evaluation. 1st October was this year’s National Vegetarian Day, a cause for celebration for those who go meat-free across the country, but with new research showing many of us consume much more meat than the recommended daily allowance, should more people be considering cutting down, or even cutting it out altogether?

Last week, the BBC reported on the results of the BBC Good Food Nation Survey and some statistics that could be cause for concern. In addition to 1 in 6 16-20 year olds eating fast food twice a day, half of the 5000 people surveyed thought that ‘a meal isn’t a meal without meat’. This flies in the face of the recommended daily allowance issued by the Department of Health – no more than 70g of meat a day, which equates to just 2 and a half rashers of bacon. In fact, 21% of men and nearly a third of 16-21 year old men and women eat meat at least 3 times a day.

Josh Gaurdry, Food Scientist at Flannerys Organic & Wholefood Market states that "previously, the major reason for going veggie and vegan was concern for animal welfare; however, today environmental and health concerns are also leading people towards a plant-based lifestyle." He adds that "being veggie or vegan can help to alkalise the body, make your hair strong and healthy and may help protect against heart disease, certain cancers and reduce arthritic pain."

So if you are thinking about cutting back on your meat consumption here are a few ways you can try it out, and it might even have some positive effects on the environment as well as your health… 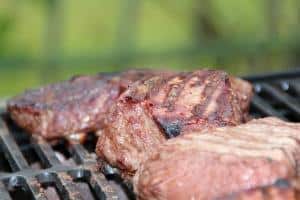 The thought of eating just a teeny tiny amount of meat once a day isn’t going to satisfy most meat-eaters, so it’s understandable that this advice is pretty much ignored across the board. But reading the recommendation as an average daily amount is just taking it at face value. Rather than still committing yourself to eating less meat once a day, why not try going meat free one or two days a week? This will not only benefit your health and save you a bit of money, but might also help you appreciate the meat you do end up eating a bit more. Treating meat like, well, a treat, rather than a necessity could mean you look at it in a whole different light. This is a great excuse to have a proper think about where your meat comes from and spend a bit more time considering the quality. And with all that money you’re saving, you could spend more money on organic meat.

And there’s another advantage to eating less meat- you can reduce your carbon footprint too.


Give Vegetables a Chance 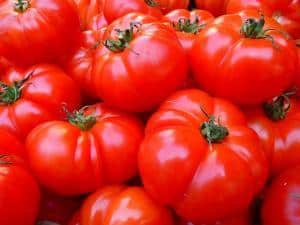 Everyone knows they should be aiming to get their 5 portions of fruit and vegetables every day, but viewing this as a chore doesn’t really help when it comes to motivation. With many childhoods consisting of years’ worth of poorly cooked and tasteless vegetables, it’s no wonder many of us don’t jump at the chance to include more of them in our diets, but it really doesn’t have to be like this. There are many Mediterranean and Southern Indian dishes that give vegetables centre stage rather than relegating them as an afterthought, and once you start using vegetables as your inspiration you might find eating them much less of a task than it used to be.

It might seem odd to recommend a meat specialist in a blog post that ties in with National Vegetarian Day, but if you want to cut back rather than cut out, online savings such as Donald Russell promo codes can give you some ideas about how to get the best out of the meat you DO buy. And if you use Ocado discount codes or Sainsburys discount vouchers to save on your weekly grocery shop, have a think about the quality of meat you buy. And those vegetables too, of course.