To Floss or Not to Floss?

It might be something you’ve been doing since the day your adult teeth started to show, or perhaps you only attempt it when you’ve got an awkward bit of food stuck in between two molars. Well, new research has revealed that regular dental flossing might not have all the amazing benefits we once thought it did and might actually be a bit of a waste of time. So what is going on with flossing? Should be put a stop to it or not? And if we shouldn’t be doing it, what are we supposed to be doing instead? All your dental questions answered right here…


In Favour of Flossing

Up until now the dental profession and health authorities seem to have been overwhelmingly in favour of flossing. The American Dental Association states, “Cleaning between teeth removes plaque that can lead to cavities and gum disease from the areas where a toothbrush can’t reach.” The advice on our very own UK NHS site agrees, saying dental flossing helps prevent gum disease and plaque build-up. So far, so plausible. There are always going to be bits of food that get stuck in awkward areas, so it makes sense to floss, right? 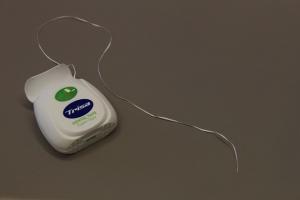 Well, perhaps not. New research by Associated Press has shown there might be insufficient scientific proof to back up these long-held claims. New data suggests that the original studies only surveyed a small amount of people and are now outdated. More recent research undertaken in the last ten years shows that studies in favour of flossing are now ‘unreliable’ and are of ‘very low quality’ and there might be ‘a moderate to large potential for bias’. And it’s a fair argument to make when you look at where the funding comes from for flossing studies in the US, with flossing manufacturers being able to direct as well as pay for research. In fact, the claim by flossing manufacturer Proctor and Gamble, that flossing helps to remove plaque, was discredited in 2011. A spokesperson and scientific advisor to the British Dental Association, Professor Walmsley, sits more on the fence saying, “The difficulty is trying to get good evidence. People are different and large studies are costly to do…until then you can’t really say yes or no.”


But Where’s the Harm?

If you floss regularly, you might not be too bothered about these new claims. After all, dental floss is a relatively inexpensive item and if you feel it is doing you good then there’s really no harm in continuing. It’s not doing you any damage, right? Well, there’s also a bit of a question mark over that one too. The Associated Press investigation has concluded that if flossing isn’t done correctly, it could cause damage to gums, teeth and dental work and could even cause harmful bacteria to be released into the bloodstream. So if you do want to continue with flossing, it’s advisable that you brush up on the guidelines and advice, and perhaps double-check with your dentist on how to do it correctly. 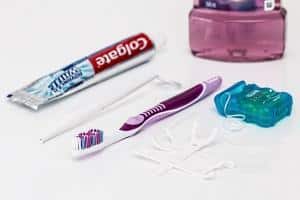 So if flossing isn’t really doing our teeth that much good, what should we be doing? Well, everyone is in general agreement that brushing your teeth twice a day is a Good Thing, but if you do want to go one step further and clean in between your teeth, even flossing sceptics agree that this is a great idea too. The British Dental Association says “Small inter-dental brushes are best for cleaning the area in between the teeth, where there is space to do so. Floss is of little value unless the spaces between your teeth are too tight for the inter-dental brushes to fit without hurting or causing harm.” You can use Boots promotional codes to browse and select these dental extras if you want to try using inter-dental brushes instead of dental floss.

When it comes to the type of general toothbrush you should be using, NHS recommendations say it doesn’t really make a difference whether you use a regular toothbrush or an electric one, although some people find it easier to use the latter. The most important thing is that you always brush twice a day, and not rinse your mouth out straight after brushing or this will wash away the fluoride in the toothpaste. When it comes to mouthwash, it can help, but for it to be effective it should be used at a different time of the day to when you usually brush your teeth, otherwise you will also risk rinsing that fluoride off again.

So it’s fair to say the evidence on flossing appears to be at best, inconclusive. Although the NHS still recommends you floss regularly, whether this will actually benefit your teeth that much remains in doubt. What’s more important is brushing regularly, going for dental check-ups and making sure your toothbrush is in tip top condition. You can stock up all your dental essentials using the latest Lloyds Pharmacy discount codes and Chemist 4 U promo codes, or try something new if you’re not happy with your current dental routine. But on the whole, we think it’s safe to say that if you don’t want to floss, then it’s probably not going to do your teeth too much harm in the long run.