With this week’s release of a new film version of the Arthur Ransome classic Swallows and Amazons following on from a new adaptation of The BFG earlier in the summer, we thought we’d take a look at some other films based on classic children’s novels. If you haven’t seen some of these in many a year, perhaps now is the time to revisit these stories both on page and screen…

The 1968 film based on the book by E. Nesbit pulled many a heartstring and this tale of an uprooted family moving from London to the countryside after a scandal is perhaps even more famous on film than it is on the page. If you’ve only seen the movie, then we wholeheartedly recommend you dig out a copy of the original text as it’s well worth a read.


The Wizard of Oz 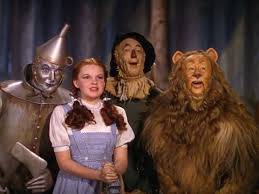 So famous is the film, it’s easy to forget that The Wizard of Oz was actually a book by L. Frank Baum before Judy Garland immortalised Dorothy on the silver screen. A whirl of technicolour and astonishing set design, it hard to believe this film was released in 1939 and it’s no surprise that it still remains a hit with kids today. 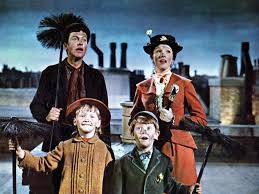 Who doesn’t love Mary Poppins? It’s saying something when the worst thing about a film is Dick Van Dyke’s dodgy cockney accent, and even that has a certain charm. Julie Andrews may have been the perfect onscreen Mary, but her character was noticeably kinder than the Mary Poppins in the original book by PL Travers, and the 2013 film Saving Mr. Banks depicted the struggle Disney had when trying to acquire the rights to the book and bring it to the screen, with the author originally refusing all attempts to adapt it.

Where the Wild Things Are

You may think it’s a bit of a stretch to adapt a slim picture book into a feature length film, but the 2009 movie by Spike Jonze was lauded for its use of combination of animatronics, CGU effect and live performances. The film expands on the simple but effective story that sees Max, a frustrated young boy in the middle of a family drama, seek refuge on a small boat which sends him an island inhabited by seven creatures where he gets embroiled in even more shenanigans.


The Chronicles of Narnia: The Lion the Witch and the Wardrobe 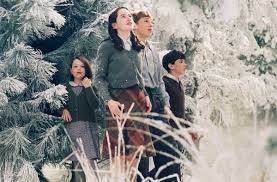 A favourite for many generations, and probably even more to come thanks to the many TV and film adaptations over the years, it’s most recent onscreen success was as a major Hollywood production in 2005, showing that the CS Lewis story of how four siblings evacuated to the countryside during the Second World War discover a portal to the land of Narnia is as timeless as it’s always been. There were two further Narnia adaptations in the following years, but neither proved as popular.

Apologies if we’ve missed one of your personal favourites off the list, but you can always use the latest Amazon promo codes, Zavvi discount vouchers and Xtra-Vision promotional codes to fill any gaps you have in your DVD collection, as well as stocking up on some of these titles which are all well-worth a re-watch.