How to Beat the Post-Olympic Blues

Four years of preparation and anticipation and it’s all over in a fortnight. Although the prospect of this year’s post-Olympics blues might not be quite as dampening as the black hole of despair we were met with following the London 2012, the fact that Team GB achieved so much and broke so many records this time around means that we might all be in danger of experiencing another slump to counteract this greatness. So in order to prevent such a low, we thought we’d remind everyone that there’s rather a lot to look forward to in the next few weeks…

The sports aren’t over! We’ve still got the Paralympics to come! And hopefully another bumper medal haul! The Paralympics of London 2012 proved that these games could be just as fantastic as the Olympics, so let’s all look forward to September 7th when they begin again and hope that Rio can deliver another celebration of fantastic sporting achievements.

Any footie fanatic was left in a bit of a quandary last Saturday evening when Match of the Day clashed with the gold medal deciding match between Brazil and Germany, but luckily they’ll be no such dilemma this weekend. Yes, football season is here to fill any sports-shaped gap in the schedules. The chances of us seeing another Leicester-style surprise victory are slim, but we can still keep our fingers crossed for a few classic moments in the new season.


The Great British Bake Off

You know summer’s coming to an end when you start seeing the trailers for GBBO on the telly, but the sheer fact that it’s on its way means that we don’t seem to mind the end of the warm weather quite as much as we used to. So use our House of Fraser promo codes to help you get your mixers and piping bags at the ready for those technical challenges, and stock up on that icing sugar and sprinkles, because you know you won’t be able to resist the lure of the dynamic duo. Berry and Hollywood are just too damn powerful. 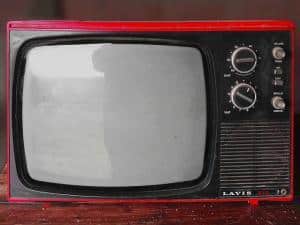 The Great British Bake Off deserves its own mention of course, but let’s not forget you can now catch up on the good television you’ve had to put on hold to make way for the Olympics in the last fortnight. There’s the must talked about new Netflix series Stranger Things and The Get Down, and the iPlayer has new episodes of new comedy favourite People Just Do Nothing. Or if you want to pick and choose from some classic favourites, use Zavvi promotional codes to add a few new titles to your collection. And let’s not forget that Strictly Come Dancing starts in a couple of weeks too!

For much of the UK (sorry Scotland), this weekend marks the official end of summer, and as is traditional, we like to see it out in style. Even if you can’t attend the larger events such as Notting Hill Carnival or Reading and Leeds Festivals, there are still plenty of smaller celebrations happening up and down the country. There’s the Festival of Love taking place at London’s Southbank Centre or the Cardiff Harbour Festival for those of you in Wales. And of course, you can always make your own adventures using Virgin Experience Days discount vouchers.

We’ll never forget those Rio victories, but it’s certainly not all downhill from here. As well as autumn and beyond, the last week of summer also contains much to look forward to, even if it’s just curling up in front of the TV and dreaming about cake.