How Brits Cope on the Hottest Day of the Year

Yes, it’s officially the #hottestdayoftheyear. Never mind your weather reports, fact and figures – we know it’s official because it has its very own hashtag. But is there any other country in the world who gets this worked up about the weather as we do in Britain? We hate it when it rains, yet when it stops, we moan about having to go outside. We don’t like clouds, but when the sun does decide to show its face, we complain about the glare. The weather just can’t win with us – whatever the season, us Brits love to hate it. And even more importantly, we love to talk about it.

So let’s do what we do best. Join us in a brief history of British heatwaves as well as a run-down of how to cope (or not) with a heatwave, British-style…


Great British Heatwaves of the Past 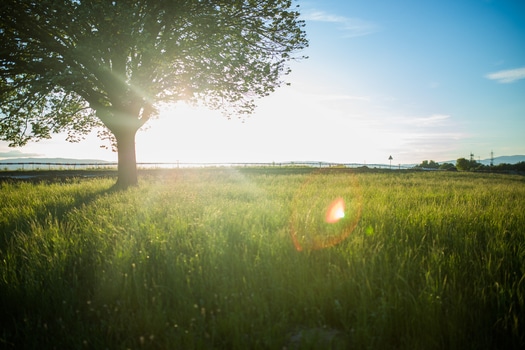 The heatwave most of us will probably remember without too much difficulty is the one that took place in the summer 2003, when the highest ever temperature was recorded in the UK. At Brogdale near Faversham in Kent, thermometers hit 38.5 degrees centigrade (the previous record was 37.1 degrees centigrade in 1990). But as much as tend to look at these events through rose-tinted spectacles, this heatwave had devastating effects across Europe with an estimated 70,000 people dying across Europe as a whole and Britain experiencing its worst drought in 27 years.

Before 2003, the most notable historical heatwave was in 1976 when the temperature hit at least 26.7 degrees centigrade for 25 days straight, and for 15 days, was recorded at 32.2 degrees centigrade. There was even a period of water rationing, with some neighbourhoods having to collect it from standpipes in the street.

A slightly more sedate heatwave took place in 1959, with prolonged sunshine and temperatures exceeding 21 degrees centigrade for 100 days straight in Southern England. This sounds like a heatwave much more suited to our sensitive British sensibilities.

As mentioned above, we love a good natter about the weather and probably the most common way of coping with the heat is by talking about it. Just bear in mind this uses up vital energy, something you might be better off conserving during peak periods.

In spite all of the advice that’s piled on us about staying safe in the sun, we still don’t seem to love piling on the sunscreen or those T-shirts. Yes, it’s hot, and yes it doesn’t happen that often, but stripping off in your local park is probably the least sensible thing you can do. Just think about that sun damage, and all spare a thought for those who have to lay eyes in your physique. Which I’m sure in in tip top condition, but that’s beside the point.

Wow, it really does bear the brunt of our heatwave frustrations, doesn’t it? During summer, we’re reminded about the existence of that thing called air conditioning, something that doesn’t get a second thought most of year round. But come July, we’re wondering why it isn’t installed on every single bus or train up and down the land. Ok, the situation is getting better, but until we have consistently hot temperatures, I doubt we’ll be seeing it across the board any time soon. 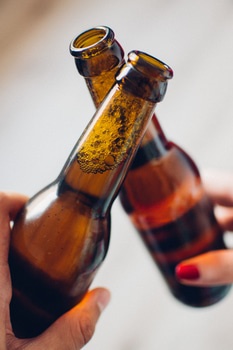 Not advisable during a heatwave, but we do it quite a lot anyway. Just make sure you swap a few of those beers for cold bottles of water and you might not suffer quite so much.

In fact, it’s fair to say that a lot of us Brits do the exact opposite of everything we’re supposed to do during a heatwave – stay out of the sun, avoid alcohol and conserve energy. Not that we want to be kill joys or anything, but just make sure you take care of yourself and others during particularly hot periods by staying hydrated. And if you’re in need of some more sunscreen, Chemist Direct discount codes and Pharmacy First coupon codes can provide some good prices on a wide choice of products.

But don’t worry, even though we’re bombarding you with heatwave facts, figures and advise, we’d never recommend you stop talking about it. Discussing the weather is what brings the British together in these events of national importance, after all….